Alt rock band Hinder will be at The Newberry Friday, January 28! These Multi-platinum rocker’s single, Lips of an Angel, climbed the top 10 across several Billboard singles charts — including #1 at Top 40 and Pop 100.
Support for HINDER will be Texas-based hard rock quartet Kingdom Collapse!

Hinder is an American rock band from Oklahoma that was formed in 2001 by lead singer Austin Winkler, guitarist Joe "Blower" Garvey, and drummer Cody Hanson. The band released four studio albums with Winkler; Extreme Behavior (2005), Take It to the Limit (2008), All American Nightmare (2010) and Welcome to the Freakshow (2012). After Winkler left the band in 2013, they looked for a new lead vocalist, and added Marshal Dutton. When The Smoke Clears (2015) was Hinder's first album featuring the new lead vocalist. The band was inducted into the Oklahoma Music Hall of Fame in 2007. The band's latest release, their sixth full-length studio album, titled The Reign, was released August 11, 2017. 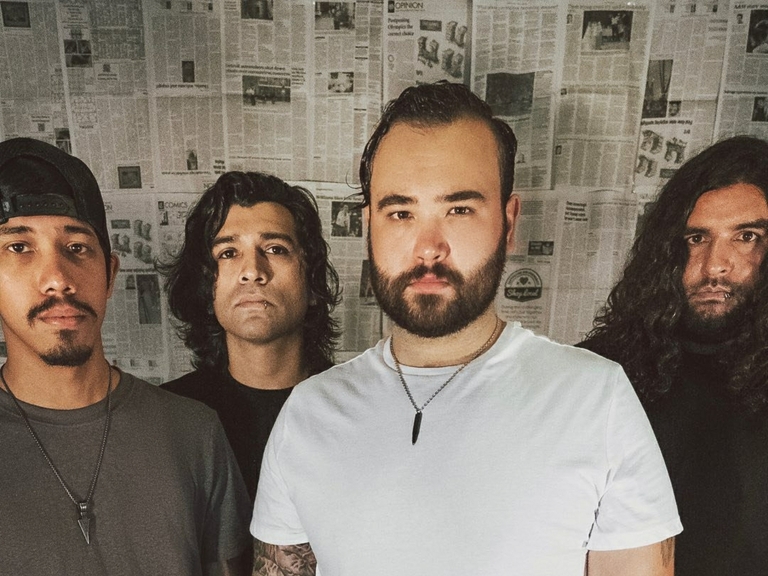 Texas-based hard rock quartet, Kingdom Collapse, have released their new single, “Uprise”, perfectly capturing their ability to blend catchy radio hooks with high-energy delivery. Featuring Jonathan Norris on vocals, Robert Flores on guitar, Blake Suarez on bass, and David Sanchez on drums, “Uprise” is an anthem that's both of-the-moment and relevant to today's times. Norris says: “We're very proud to release our new single at this time, with everything going on in the world. With all that we’ve all endured globally with the recent pandemic, this is an anthem to assure everyone that we will not only recover but we will rise again, even stronger.” Norris co-wrote the song with acclaimed songwriter Ted Bruner, who has penned such massive radio rock hits as “Porn Star Dancing” (My Darkest Days), “Fallen Angel” (Three Days Grace), and many others. Not only was he involved in co-writing the song, Norris produced the song all on his own. “It’s not every day you have a frontman who writes AND produces the songs from start to finish,” says manager, Aaron Smith. “That’s a big part of the magic that gives Kingdom Collapse their identity.” 2020 reflects the next step in the evolution of Kingdom Collapse. The band ended the 2019 calendar year with the release of their infectious single, “Payback”, which got played on Sirius/XM Octane and featured in Alternative Press, thus tipping the band’s catalog into the millions of streams across all music platforms.